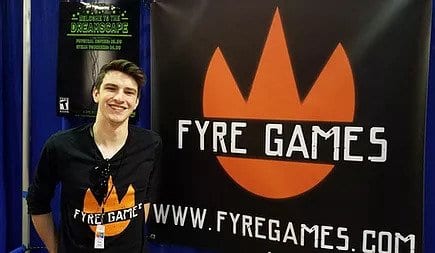 I wanted to bring Connor Rush onto KakeBytes to talk about teaching himself how to program in Java as an 11 year old and how he jumpstarted the development of his very own video game studio Fyre Games.

Connor is a 19 year old video game developer that is getting ready to release his third game, Summerland, on Steam in December and will be free to play. His first two games, Into the Unknown and Welcome to the Dreamscape, are free to play on Steam.

Summerland is a first-person narrative-driven game that explores how the line between life and death is blurred. Players will explore Summerland as Matthew, a detective in over his head, and confront themes of subjective morality and the afterlife.

In addition to video game development, Connor is a musician creating music with his band Auric Echoes.


Brought to you by Katy Kakes of KakeBytes